In Saddle Brook, NJ, right by where Rt. 46 passes over Midland Ave sits this odd landmark with little or no known history about the place. I’ve taken to calling it The Stairway To Nowhere and that’s not entirely true since it does lead right up to Rt. 46. It’s a pretty cool place to go, albeit strewn with beer cans, graffiti, and sticker bushes that made my leg bleed something awful.
It was worth the trip, and the funny thing is... I've driven past it a thousand times and never even seen it before. 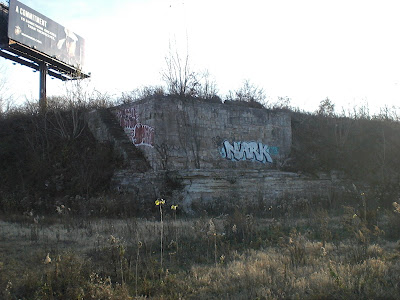 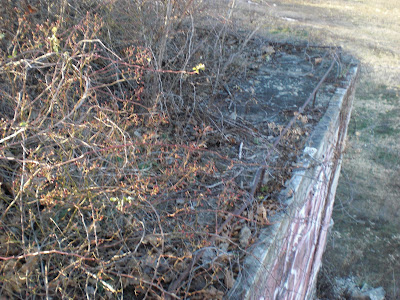 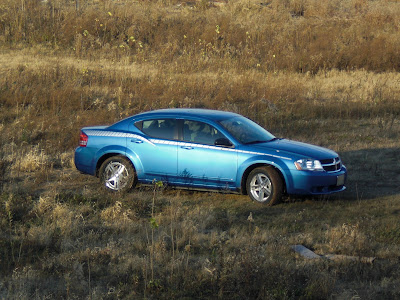 My car from afar 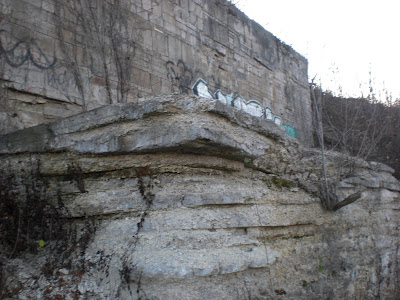 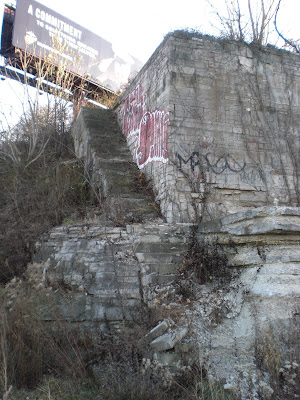 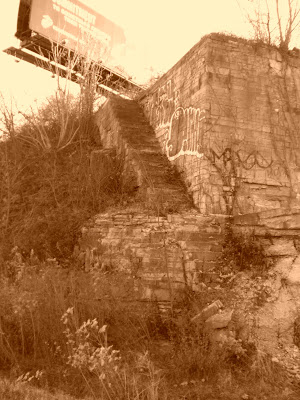 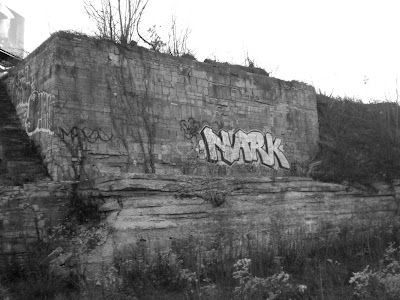 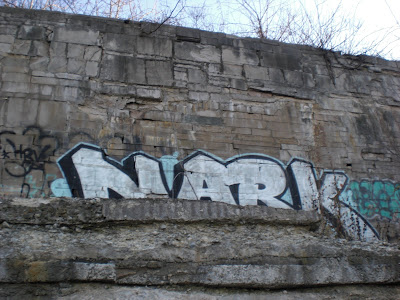 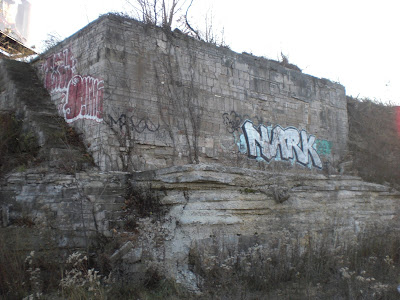 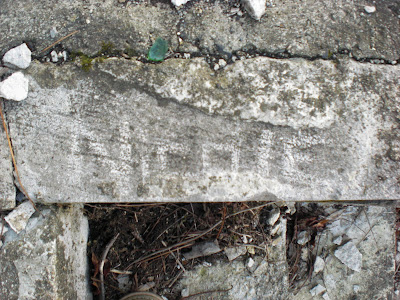 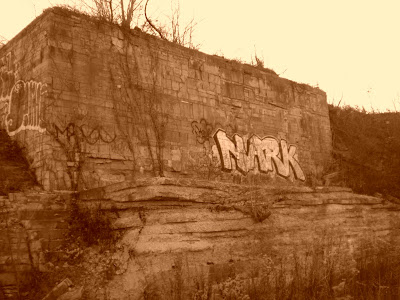 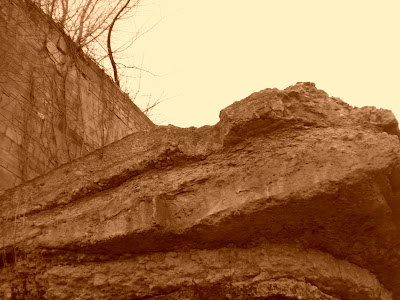 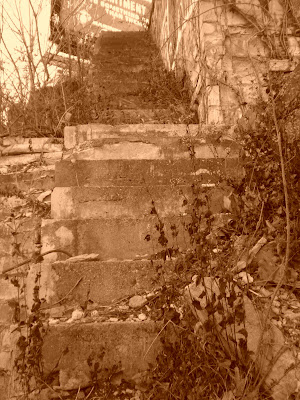 This is the actual stairway, kinda unstable and falling apart but
once you got a firm footing, easy to climb. And shes buying a stairway to heaven

Anybody else remember Men in Black? That one with Tommy Lee Jones and Will Smith, the finale, took place right there in Queens, right by the Billie Jean King Tennis Center and Shea Stadium. It was defiantly worth the trip, but bad weather forced us to abandon the other sites we wanted to visit and we ended up spending just a lot of time here, which was fine with us, made for some good photos and I’m working on getting better with this new camera, which I’m not 100% happy with right now. What I NEED is to save up for a digital SLR-type camera, but with those being as expensive as good ones are, I’ll stick to my tiny Casio and smile knowing it fits in my pocket and takes up less space than my iPod.

In 1964 the World’s Fair took place right here in NYC, and most of these places were used just for those events, and not much else. The “Globe” is frequented by tourists, BMX’ers, and dog-walkers all day long. Overall, a pretty cool place to go.

Nicky, Clay and I loaded up the Taurus for the second day in a row and proceeded to investigate a place none of us had been before. This weekend was someone new, seeing as how yesterday we visited the two swimming holes in Oakland and Paramus, and now we ventured off to Queens, NYC.

First, let me get this out there: New Yorkers drive like assholes.

Now that that’s outta the way, back to Renwick.

Renwick Smallpox Hospital was opened in 1856 as a place to treat people stricken with… guess what? Smallpox! Designed by James Renwick Jr. the same guy who did St. Patrick’s Cathedral, and was built by prisoners who were serving time at Blackwell Island Penitentiary, which used to be a little ways up the little strip that is now called Roosevelt Island.

The Island sits in the middle of the East River, smack dab between Queens and Manhatten, offering great views of both boroughs and the back of the UN building. Also, a little south of Roosevelt Island, resides a little rocky outcropping called U Thant Island, to which Wikipedia says: “U Thant Island (officially Belmont Island) is a tiny 100 x 200 foot artificial island in New York City's East River, just south of Roosevelt Island. It lies across from United Nations headquarters at 42nd Street, and is legally considered part of the Borough of Manhattan and New York County. The islet is currently protected as a sanctuary for migrating birds, including a small colony of Double-crested Cormorant, and access is prohibited to the public.

The island has its origins in the 1890s as a side-effect of William Steinway's construction of trolley tunnels under the river to link bustling Manhattan to his eponymous company town in Steinway, Queens. The island was built up on the existing granite outcrop Man-o'-War Reef using excess landfill from a shaft dug down the reef to the tunnels. Steinway died before his tunnels' completion, and it was financier August Belmont, Jr. who finished the project in 1907, leaving the finished islet as a bonus.

The Steinway Tunnels are still in use as part of the 7-Flushing line in the New York Subway, and trains still pass directly beneath the island many times a day. Belmont Island, named after the financier, became the legal name of the island.

The small inconvenient island was unused and almost forgotten for nearly a century, until in 1977 it was adopted by employees at nearby UN headquarters following the guru Sri Chinmoy, who served as an interfaith chaplain there. The group, called Sri Chinmoy: The Peace Meditation at the United Nations, leased the islet from New York State, greened its surface and unofficially renamed it after Burmese Buddhist United Nations Secretary General U Thant, a friend of Chinmoy. Although unofficial, U Thant Island has stuck as the common name for the island. The islet is now the site of a thirty-foot "oneness arch" preserving personal items of the island's namesake.”

It was basically abandoned fifty something years ago, and since then has done little but fall apart and decay. For something that’s been rotting longer than my parents have been living, I’d say it’s in reasonably good shape. We couldn’t get inside, but from the glimpses we got from behind the fence showed minimal graffiti and all and all, it’s a very cool place to go.

Good news: the city of NY and the locals who run the island are in the process of re-strengthening Renwick, in hopes that it won’t come crumbling down.

Cant be THAT dangerous

The aforementioned U Thant Island

Its got a lotta 'awww' factor