"It's the two guys on top of the building?"

"WHAT two guys on top of the building?"


Recently, I had one of those 'what zombie?' moments at Letchworth Village.
But, we'll get to that in a minute.
Friday after I got 'released' from work, I raced home and laced up my boots, glad to be out of my dress shoes, and after collecting my gear, went to grab Nicky.

The sun was just right and the trees just barren enough for me to see on the side of the highway, "Those buildings over there are boarded up. Hmmmmmmm..."
So curiosity got the best of me and instead of our usual walking route around there, we picked a path around a new building that I had only seen online.
This part of the campus is HUGE! It almost overpowers the half that we DO know about and visit from time to time.
Taking a look at a 99.99992% boarded-up building, owned by the school district, i snapped a few shots and then we decided to head towards the power-plant area.

Over there, we hear what sounded like a bird call, prompting me to say,

"It's the two guys on top of the building." Duh.

Nicky pays a little more attention to things like that then me. Obvious things generally fly right over my head.

Turns out, two nice guys from upstate NY who had heard about this place on ABNF and Opacity. It was good meeting them and it sure beats the heck out of bumping into the usual assortment of teenage punks and hooligans.

Will and Chance, it was a pleasure meeting you. 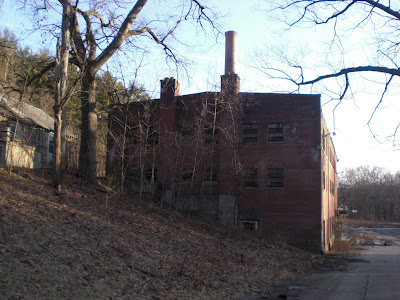 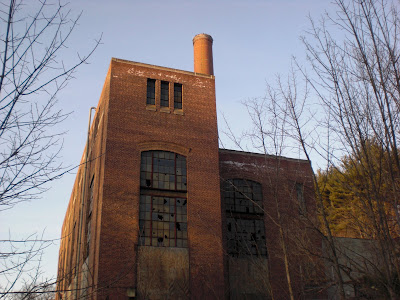 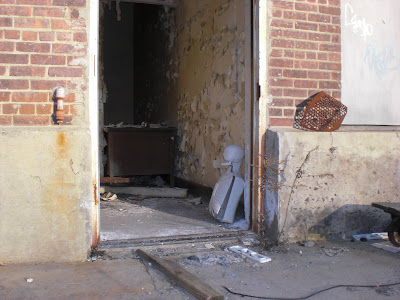 Dummy.
Talk about scarring the crap outta me. 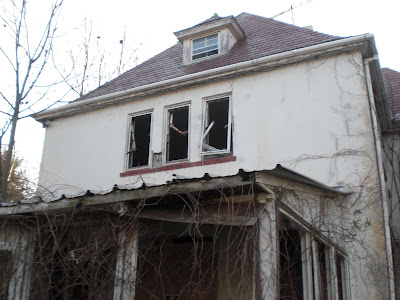 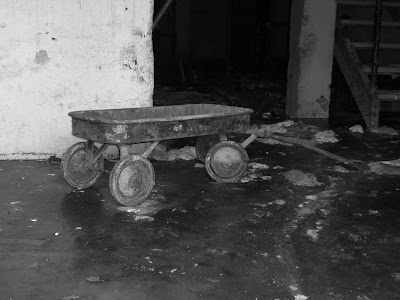 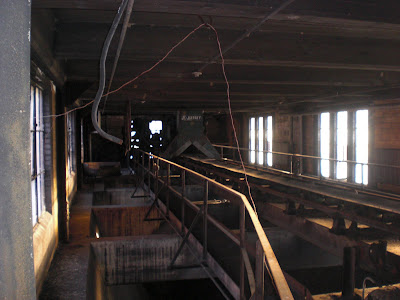 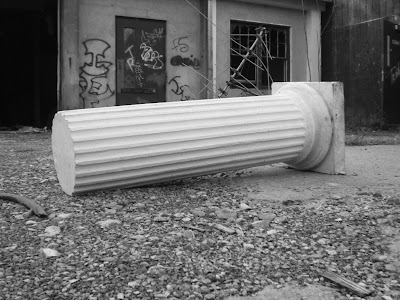 Fall of the Roman Empire 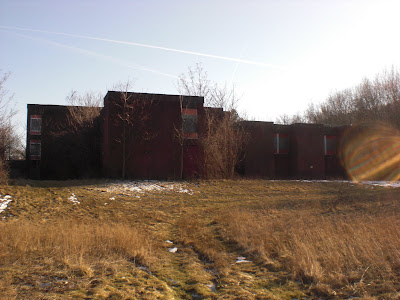 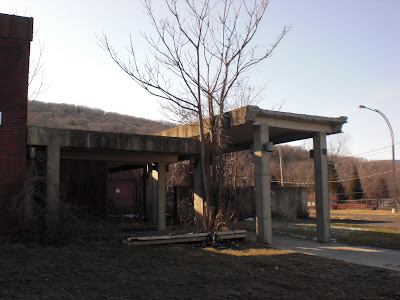 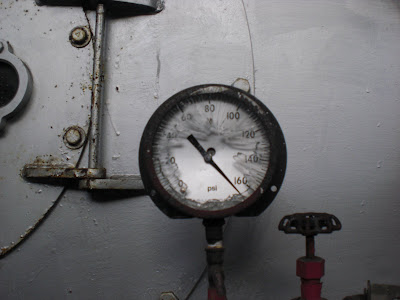