Kinda at a loss for words as to what else to call this place, I guess "Deserted Barn' pretty much sums it up fairly well.

But unfortunatly, as we discovered, it got torn down and turned into a

So on our way back down Rt. 23, I see a HUGE abandoned-looking farm.

Intrigued, I pull in and check for the ominous NO TRESSPASSING signs and saw none.

So, lookin around in the frigid cold, I snapped these shots of a remarkably preserved barn, hope you enjoy. 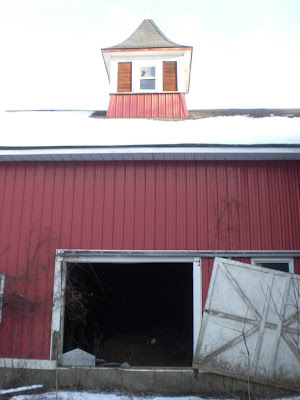 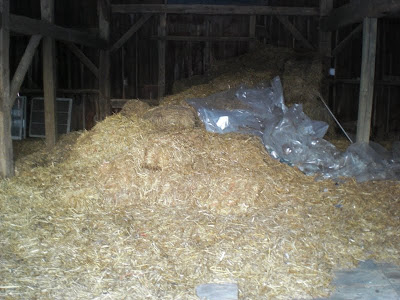 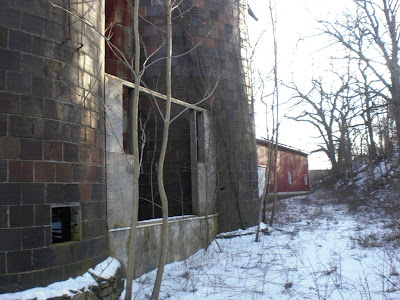 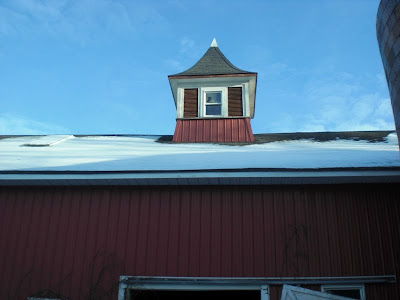 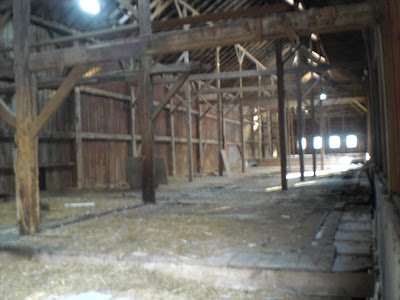 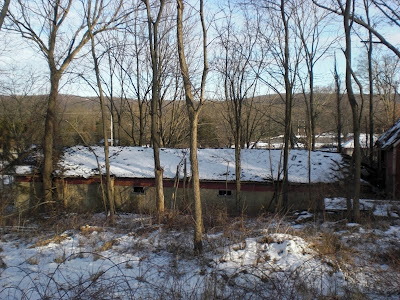 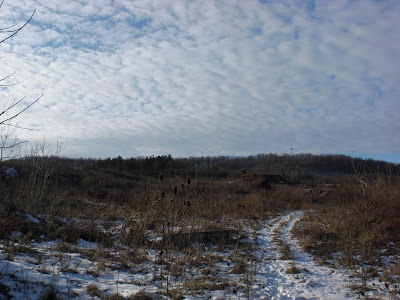 Walked behind the barn for a ways and THIS is all I got to. From the abundance of tracks, I'm guessing people walk their dogs back here alot.
Either that or there's a lot of wolves following hikers. 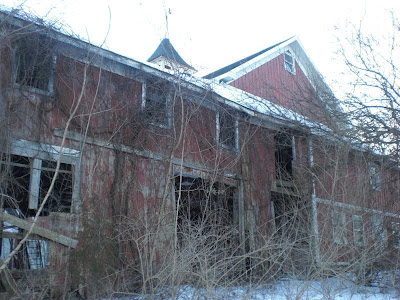 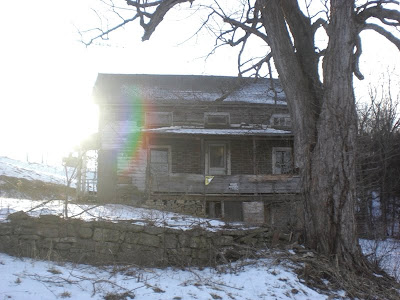 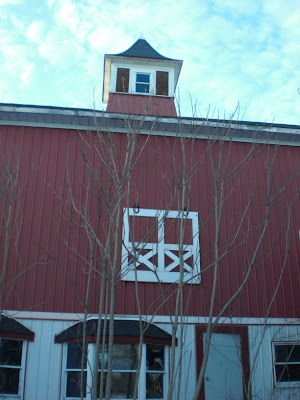 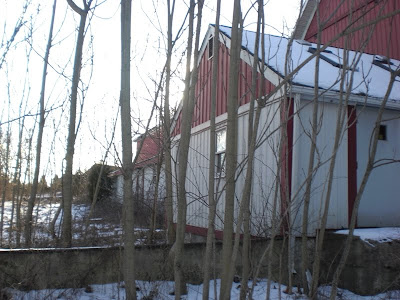 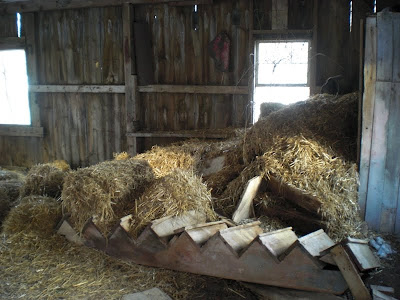 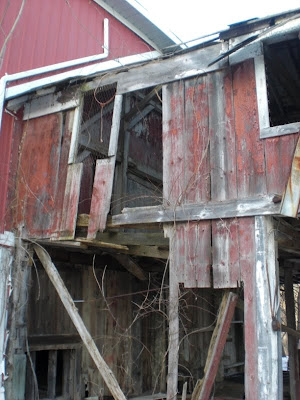 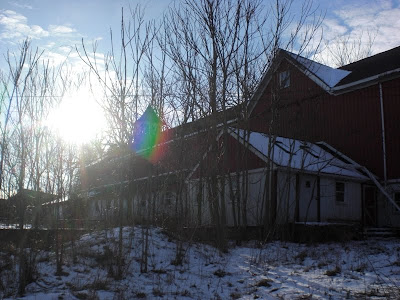 As an explorer (how i see myself at least) I spend a lot of time researching, tracking, investigating, and pouring over countless satellite images of a place BEFORE I even set out with camera in hand looking for it.
My reasonings are simple:
1. No wasted trips. I like having a (rough) idea where we're going.
2. Not wandering about too long.

Though I personally like the phrase by Tolken, "Not all who wander are lost" I do like to know that this-odd-thing-in-the-woods-that-may-look-interesting is in THAT direction, as opposed to behind you, on the other side of the road, around the corner, or got burned down 3 years ago.

However, with this trip, my research time was almost for naught, having found an ACTUAL address, and not only that... there were actual signs that said DESERTED VILLAGE on them.

So this place in the Watchung Reservation, the 'Deserted Village', once called Feltville, was settled first in the early 1700s by a guy from Long Island who built a saw mill, but that got town down literally hundreds of years ago.

Then comes this guy named David Felt, a businessman from Boston who moves to New York City to build a factory, realizes that he's successful beyond his wildest dreams, and then builds a second one where Feltville now stands.

So, he builds the factory, housing, and employs about 175 of the local residents who refer to him as King David since he obliges them to attend church every Sunday, and effectivly runs their lives while in power. By about 1875, he's out of business and sells the property.

it changed hands a few times before eventually ending up as it is, abandoned (except for one or two families in houses up the road) and part of the Union County Parks Division.

It's pretty cool to go there, but it wasn't just cool... it was COLD when we went, so our trip wasn't as long as we would have liked but it was fun nonetheless. 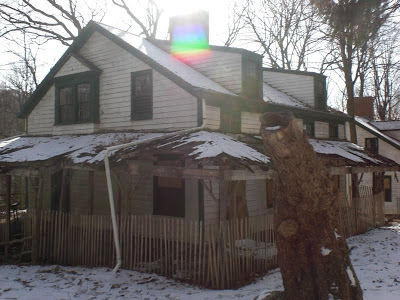 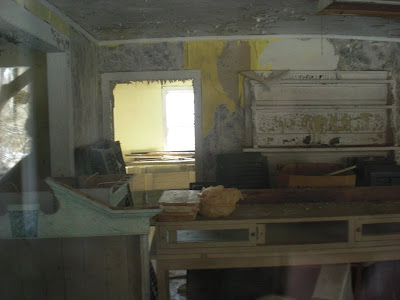 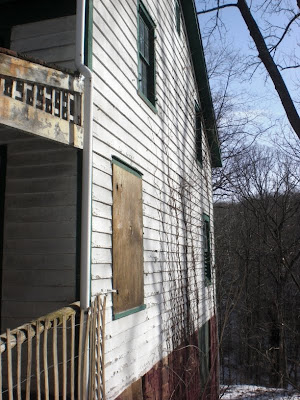 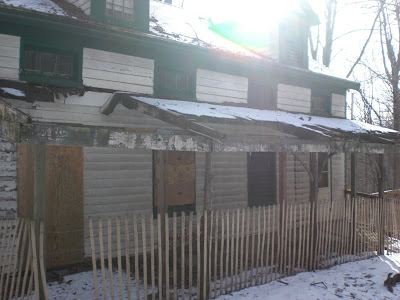 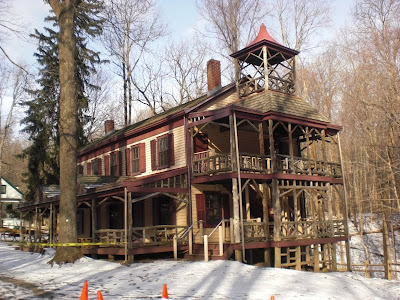 Gorgeous house. The one on the left of it was even better but it's occupied so I wont put up the pics. 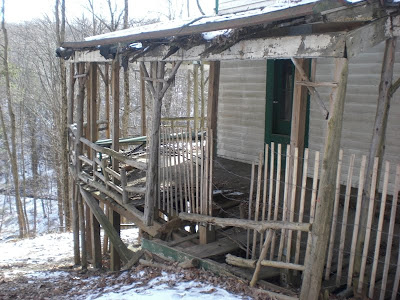 See what I mean by 'unique'? 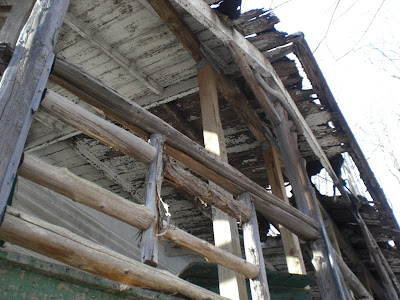 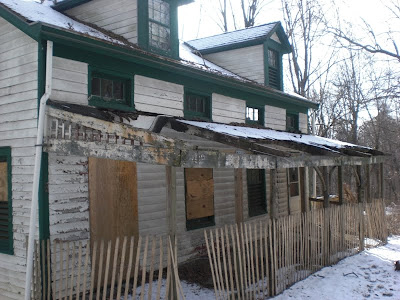 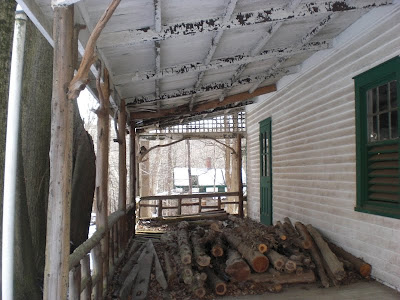 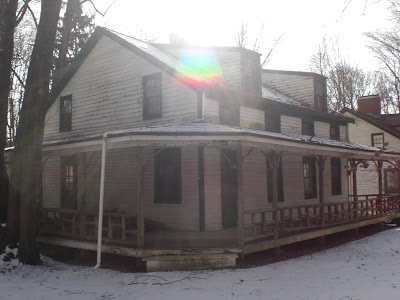